The Royal Automobile Club Motoring Book of the Year awards took place on Wednesday 30 October at the Club’s historic Pall Mall clubhouse. The prestigious awards drew together authors, publishers, media and the book trade from around the world to celebrate their accomplishments over the past 12 months. The 2019 contenders included works on marque histories and general motoring to film legends, motorsport fiction and vehicle design.
Jeremy Vaughan, Head of Motoring said:

“We had an overwhelming response this year with entries representing 18 different publishers from international and independents to self-published authors. The range and quality of the books were outstanding and shows how well the industry is faring in these digital times. The judges had a tough time whittling down the entries with healthy debates on who would make the finalists and then the overall winners. The Club introduced a Lifetime Achievement Award this year to recognise outstanding contributions to the industry and adds to the Club’s family of established motoring and motorsport accolades”. 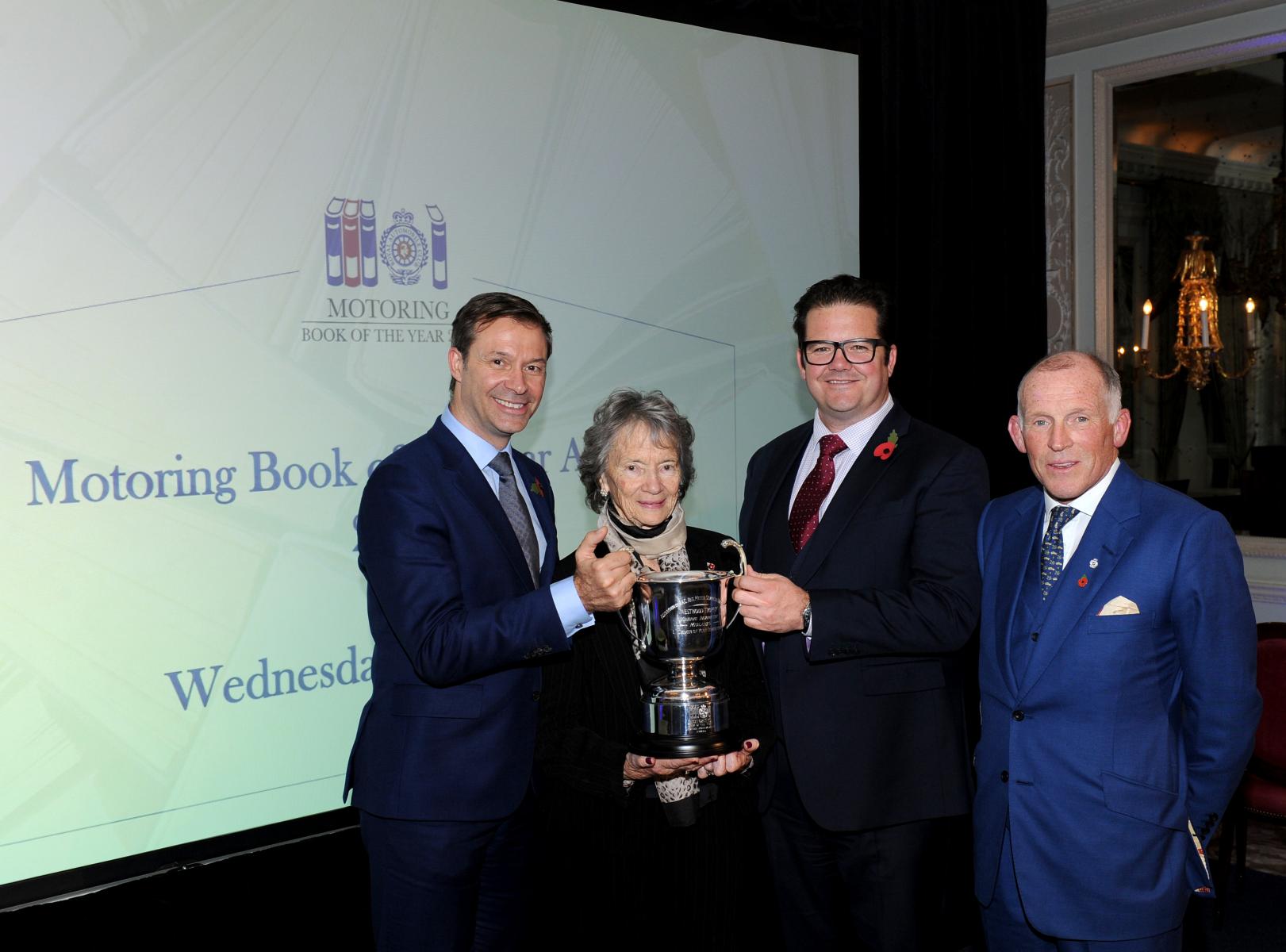 John Haynes OBE creator of the iconic Haynes Manual and founder of the Haynes Publishing Group was posthumously awarded the Lifetime Achievement Award in recognition to his significant contribution to the UK’s motoring book industry. His wife Annette Haynes collected the award on his behalf and said:

“John would have been immensely honoured and amazed to receive this award. He always said that the success of Haynes Publishing was not him alone. I know he would be quick to dedicate it to all the people that supported and helped the business throughout the years”.

John Haynes moved to the UK when he was 12 to enrol in boarding school. It was there he persuaded his House Master to allow him to miss rugby, to spend his time converting his £15 Austin 7 into a lightweight sporty Austin 750 Special. Not only did he sell the finished car and made a profit, he produced a booklet ‘Building A ‘750’ Special’ featuring his hand drawn step-by-step illustrations. He ran off 250 copies on a stencil duplicator and the booklet sold out within 10 days at five shillings a copy!
Several years later when he was in the Royal Air Force, he agreed to help a colleague to rebuild a ‘Frogeye’ Sprite. Finding the factory manual was lacking in detail, he bought a camera and pictured the step-by-step process of dismantling and reassembling the engine. Thus, in 1966 the very first Haynes Manual for the Sprite was published and its first print run of 3000 sold out in under three months. The rest you could say is history.
Haynes is now the world's leading publisher of automotive repair manuals and renowned for teaching millions of car owners how to carry out routine maintenance and repairs. The use of step-by-step photo sequences linked to diagrams is the trusted hallmark of Haynes Manuals. To date, in excess of 200 million manuals have been sold covering over 1,000 different models. John has helped keep millions of motorists on the road and leaves behind a huge legacy.
The award committee consists of six expert judges who are independent of the Royal Automobile Club, representing the UK’s most informed motoring literary critics including Gordon Cruickshank of Motor Sport, Mark Dixon of Octane, Mick Walsh of Classic & Sports Car, avid book collector, commentator and editor of the BRDC Bulletin Ian Titchmarsh. Representing the book retail sector are Ben Horton of specialist bookseller, Horton’s Books, and Christian Whitehead of the London bookstore, Foyles.
The Royal Automobile Club Motoring Book of the Year Awards is one of the one of the most important events during the Club’s annual London Motor Week during which the Club hosts an array of high-profile motoring events, including the Art of Motoring exhibition, Motoring Lectures, the Motoring Forum and the Dewar and Simms Trophy presentations awarded for British engineering excellence and culminates with the free-to-view Illinois Route 66 Regent Street Motor Show on Saturday 2 November and the world-famous Bonhams London to Brighton Veteran Car Run on Sunday 3 November 2019.