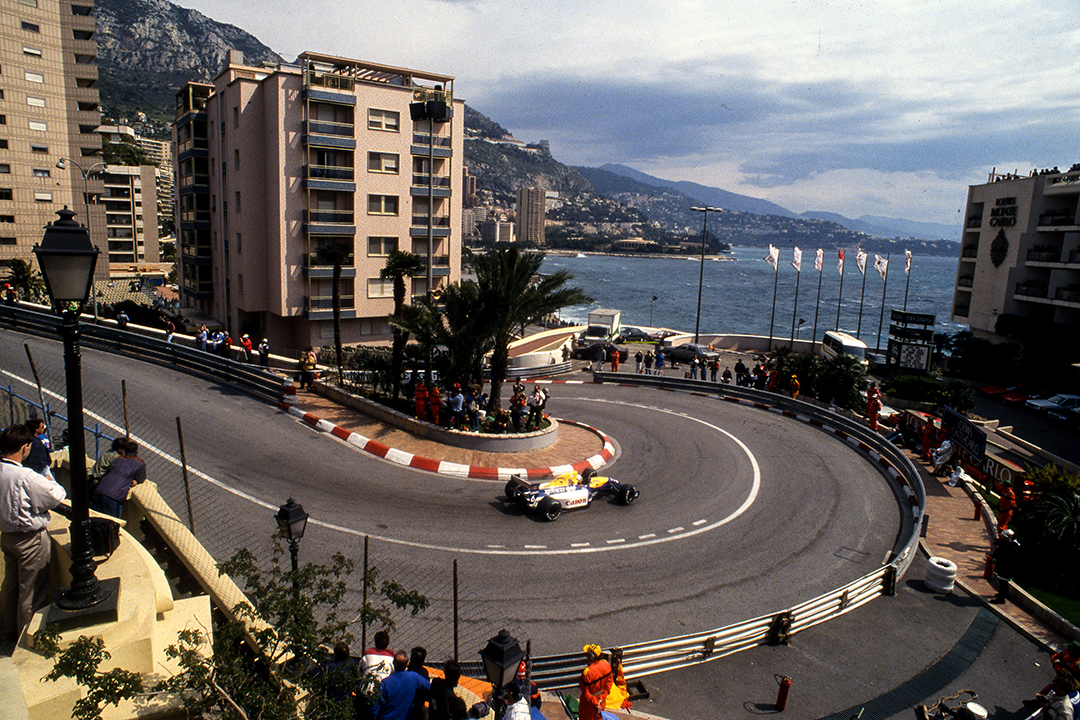 To anyone with even a slight interest in motor sport the name of Frank Williams will be familiar. He founded the home-grown F1 team Williams Racing which was until recently the last “family” team left in the sport. As a driver, Sir Frank Williams had a reputation of being lightning fast but not always staying on the road. He frequently rolled cars including on one occasion his mother’s Morris 1000. Frank stopped racing in 1967 and started his journey to creating a world renowned F1 team in partnership with engineer Patrick Head.

With historical photography and footage from the Williams F1 Heritage collection, paired with research from the Museum’s team, this exclusive exhibition captures the incredible history of Williams and the excitement of the sport in a way that no matter what the visitor’s knowledge of F1 may be, there is something to learn and enjoy throughout.

You can get close to some of the most iconic Formula 1 cars in Williams’ history, such as Nigel Mansell’s FW14 or ‘Red 5’ and Damon Hill’s FW17. One thing that is immediately noticeable is how the cars which truly are spectacular aerodynamic wonders of technology have evolved over the years.

Williams is of course part of a wider story, the sport itself has also changed beyond recognition, from a minority interest for the true enthusiasts into a global phenomenon that rivals the Olympics in terms of popularity. In order to give context to the exhibition, dedicated areas explore the wider connected stories such as the history, glamour and culture of Formula 1. Chris Copson, Head of Collections commented,

“The social history surrounding the sport is fascinating and will be quite a nostalgia kick for some. We explore back to the days of the 1970s and the boisterous charms of James Hunt, all the way through to the modern day F1 drivers such as Lewis Hamilton with huge salaries, yachts and apartments in Monaco. 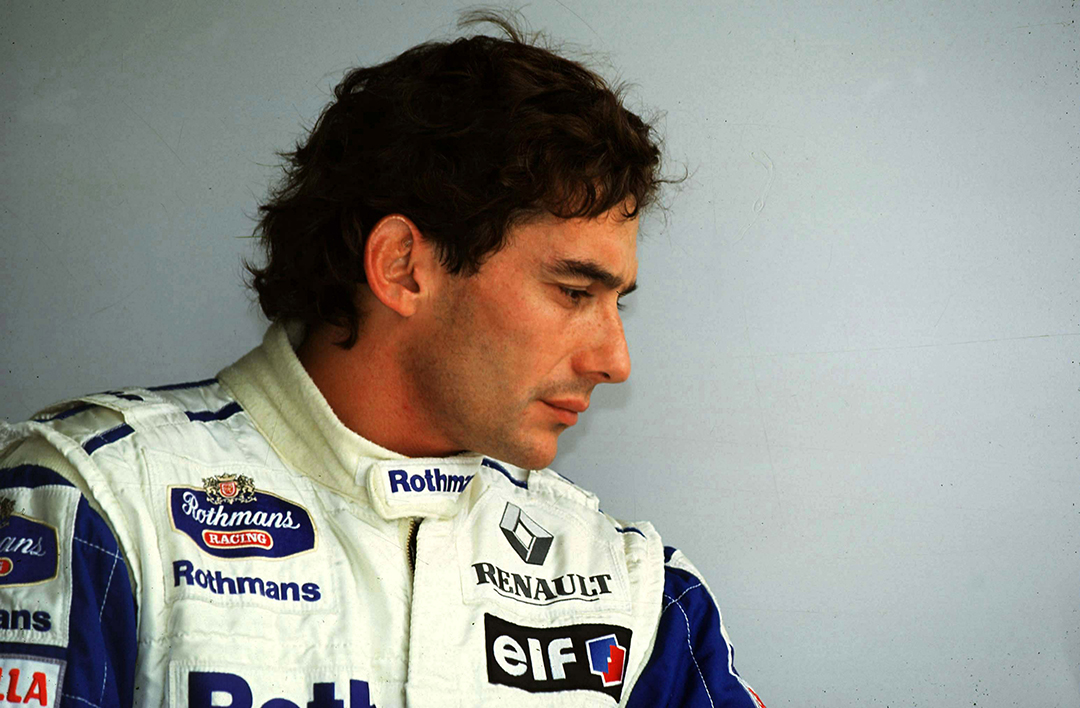 It also wouldn’t be a story about F1 if we didn’t look at some of the amazing locations of the tracks, from the glamour of oil rich Bahrein to Sao Paulo, where multi-million pound cars race with a background of desperately poor favelas.”

Formula 1 racing has also been a soberingly dangerous sport in which numerous drivers have lost their lives. In the years before 1970 there was very little in the way of safety rules. Indeed fire-resistant clothing was only introduced in the 1970s. The increased focus on safety in the sport can only be appreciated when you look across the decades where there is a demonstrable correlation between increased safety measures and the decline in fatalities. Racing fatalities went from twenty-three recorded deaths before 1970 to just one fatal crash in the last ten years. The Williams team was sadly not a stranger to dangers behind the wheel, off the track Frank Williams was involved in a road accident in 1986 which left him in a wheelchair after breaking his neck and the Williams F1 suffered a terrible blow in 1994 when Ayrton Senna suffered a fatal crash at the San Marino Grand Prix.

Although the danger still remains today, a crash that would have been fatal in the past is now very much survivable, partly due to regulations and rules but also because car design and construction is now centred on crash survivability and saving lives. Illustrating this within the exhibition is the original monocoque driver cell of one of Pastor Maldonado’s cars which was involved in a dramatic crash during the 2013 Monaco Grand Prix. The carbon fibre monocoque is twice as strong as steel, five times lighter and almost indestructible. Maldonado escaped with minor injuries.

“Irrespective of whether you are a die-hard F1 fan or not, this exhibition is packed with fascinating stories, facts and figures with something for 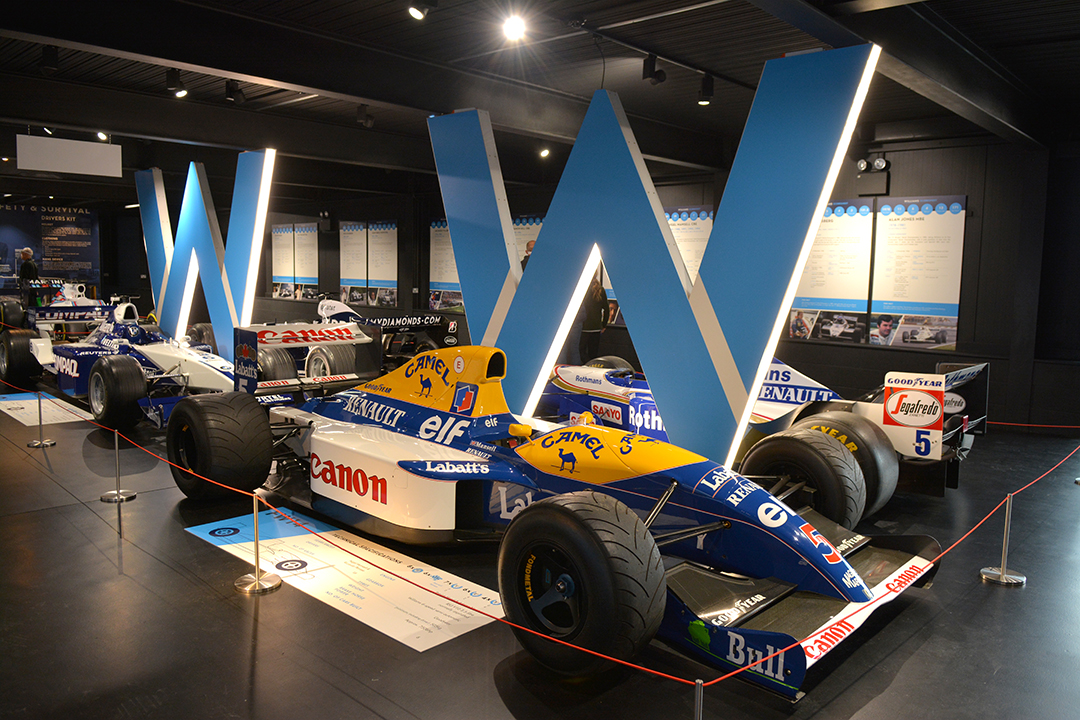 Williams F1: The Drivers and The Driven exhibition is open to the public from 17 may

Find out more about What's on here.