Spotlight on the classic Mini - 10 facts you might not know. | Haynes Motor Museum Skip to main content 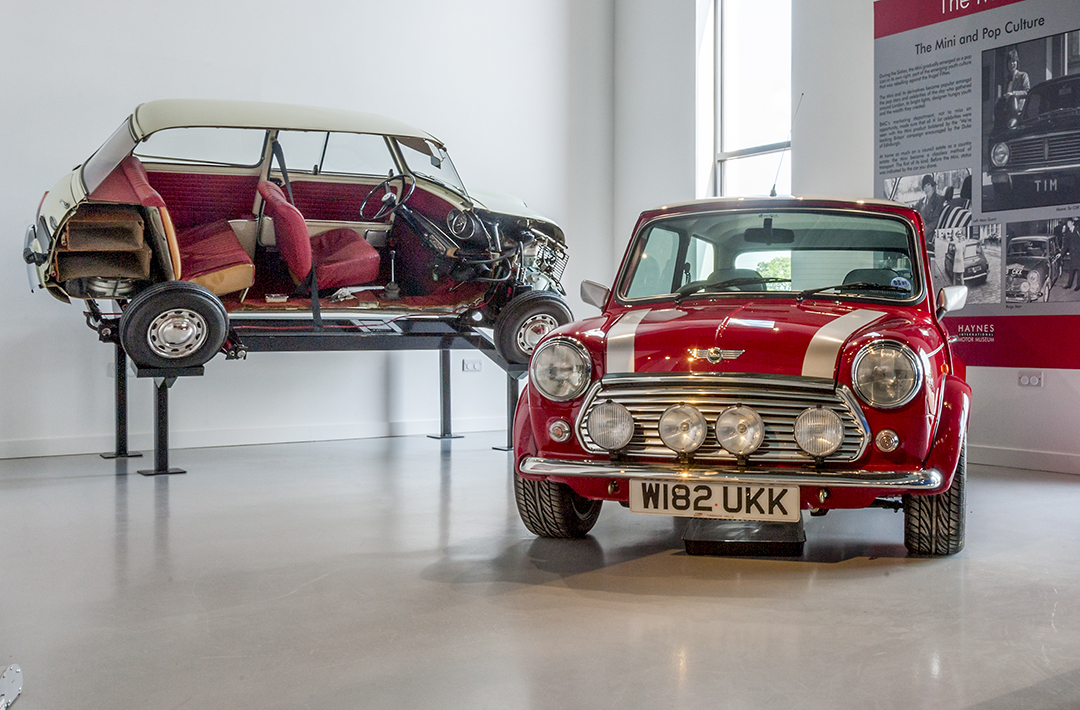 Throughout June, Haynes International Motor Museum is celebrating 60 years of a car that is considered by some to be THE British motoring icon.

Mini owners and enthusiasts will enjoy a step back in time with the Museum’s Collections team to discover the secrets of this much loved little car’s success. Every Wednesday in June, visitors can join informal walk and talks, which will be taking place in the Museum’s Mini gallery from 11:30am. If you can’t wait till the next talk, we've created a fun Mini animation to here for you to enjoy, plus the Museum’s team have put together the following 10 fun facts all about the Mini.

10 little facts about the mini

1) The second most influential car of the 20th Century…

In 1999 a jury of 133 automotive journalists voted the classic Mini into second place in the Global Car of the Century competition.  It was behind the winner, the Ford Model T, and in front of the Citroen DS, VW Beetle and the Porsche 911.

When Sir Leonard Lord the Managing Director of the British Motor Corporation specified the dimensions of the Mini he said it should be no more than 10 feet long.  They missed their target, by a quarter of an inch, the classic Mini was 10 feet ¼ inch long.

The very large door pockets in the Classic Mini, illustrate the ethos of the designer, Sir Alec Issigonis’, of maximum space efficiency. Interesting to note that they are just the right size to carry a suitable number of gin and Martini bottles to cater for the designer’s taste for dry Martini cocktails.

4) We have to mention The Italian Job...

In the original film of The Italian Job the famous escape scenes featuring Mini Coopers laden with gold bars were actually filmed on location in the sewers of Coventry. 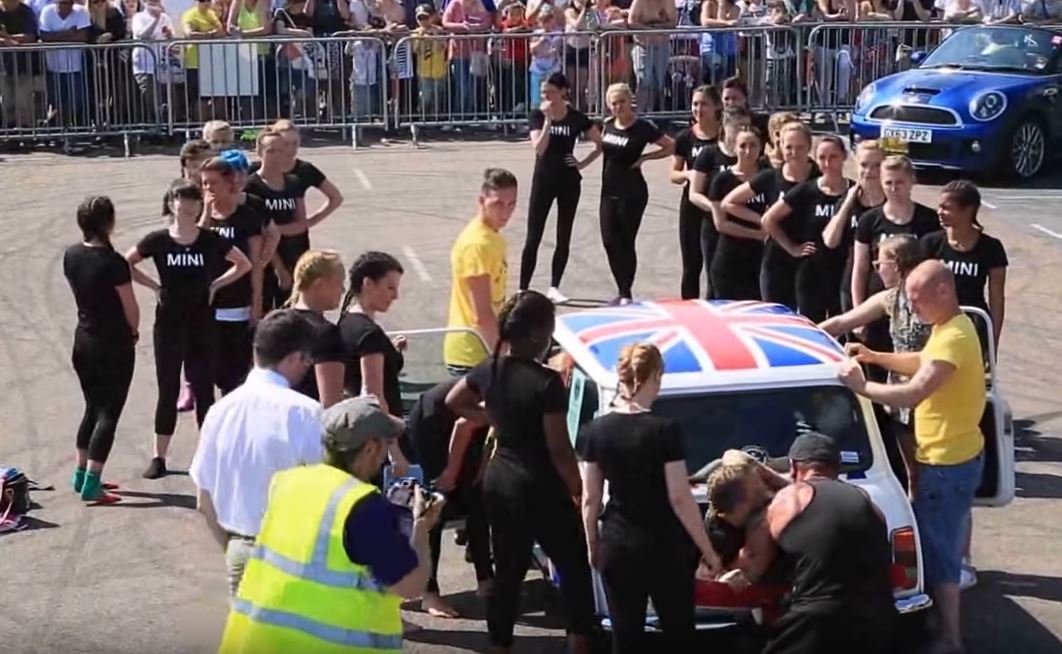 5) How many people can you get in a Classic Mini?

According to the Guinness Book of Records, the most people crammed into a classic Mini is 27. This was achieved by Dani and the Mini-skirts on 18 May 2014 as part of the London to Brighton Mini Run.

6) How many people can you get in a BMW MINI?

The record for a BMW MINI is only one more than that, a total of 28 people was achieved on 15 November 2012.

Swindon Powertrain will sell you an electrified classic Mini – with a base price of £79,000 plus optional extras. It has a range of 125 miles, a top speed of 80 mph and a larger boot because of the removal of the petrol fuel tank..

The £182,000 achieved at auction in 2018 is believed to be the World record price for a Classic Mini.  The Morris Mini-Cooper S DeVille was customised by Radford of South Kensington, London. It had a sunroof, twin fog lights mounted within the grille, Aston Martin rear lights, a three-spoke steering wheel, power windows, a walnut dashboard and leather seats.

9) The Prisoner’s Village Taxi – but ‘local service only’…

The Mini Moke, which was a recreational vehicle created in 1964 based on the Mini saloon, featured in the cult 1960s TV show ‘The Prisoner’ starring Patrick McGoohan as a spy banished to an isolated village.  The Moke was only available for local service.

In these days of hybrid cars we are becoming used to cars having both petrol and electric engines. However, the Mini was clearly ahead of its time.  Several examples of a Mini (the so-called Mini Twini) with petrol engines in the front and the back of the car and four wheel drive were developed in 1963/64 including one by John Cooper.
Discover more about the Mini, every Wednesday at 11:30am this June.