Are We There Yet? The Journey West | Haynes Motor Museum Skip to main content

The journey West has long been a staple of British summertime tradition. Amongst the calls of ‘are we there yet?’, familiar way markers along the route have always helped the holidaymaker know they were on the right track; from the first glimpse of Stonehenge to the green roads winding through the Blackdown Hills.

As part of the Museum’s summer exhibition 'Are We There Yet?',  we’re taking a closer look at the nostalgic and sometimes surprising memories and traditions from British holidaymakers past.

The question of  ‘Are We There Yet?’ is a holiday tradition that’s still going strong, but other elements of British holidaymaking have either changed with the times or slowly disappeared into motoring history.
How much of the following is still a familiar part of your journey West?

Where shall we go?

The Shell County Guide series were published on a county-by-county basis under the editorial direction of the poet John Betjeman. The first guide published was Betjeman’s Cornwall in June 1934. The guides were aimed at the new breed of motoring tourist who sought a guide neither too serious nor too shallow, but took pleasure in seeking out the regional differences and peculiar culture of small town Britain. The Guides were carefully designed to be lightweight and fit easily in a glove compartment. Contributors were young and fresh out of university, the same age as the intended audience. 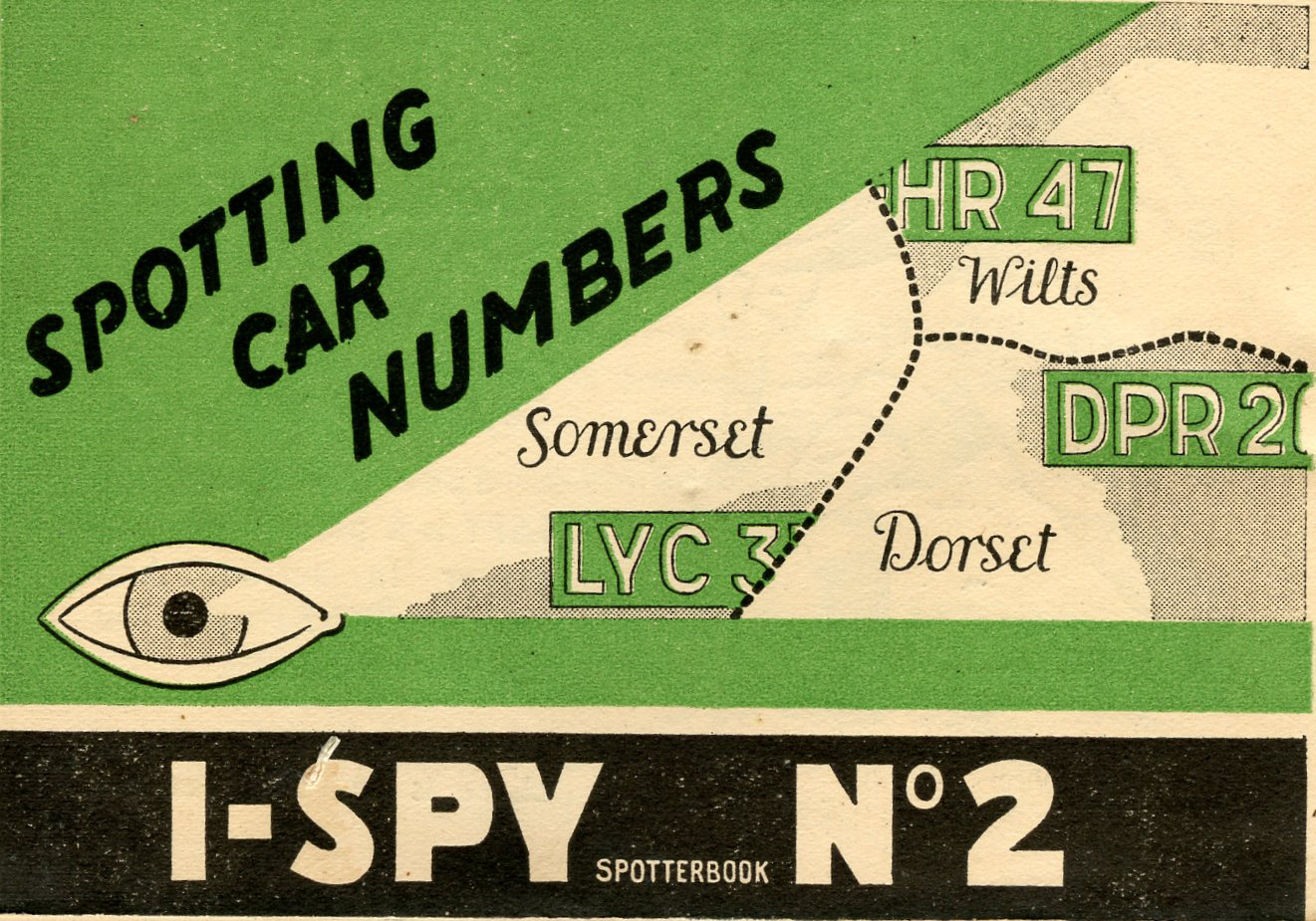 I-Spy is probably the most popular game to play on long car journeys but did you know the first I-Spy spotter books were published in 1948 with five titles including Spotting Famous Cars and Spotting Car Numbers.  Eagled-eyed spotters could then send off for a free newsletter and badge by clipping a token from the book. The address was a suburban bungalow in West London. The design of the book contents were simple pen and ink sketches of everyday objects and the more obscure alongside brief text, facts and figures.

In 1901 there were less than 4,000 visitors a year to Stonehenge. With the rise of fashionable motor touring this number rose to 100,000 in 1930 and in 2018 1.56 million visitors walked around the prehistoric site. The Amesbury roundabout is the starting point of congestion along the A303 and between 20,000 and 30,000 vehicles pass one way or another on the Longbarrow roundabout every day. 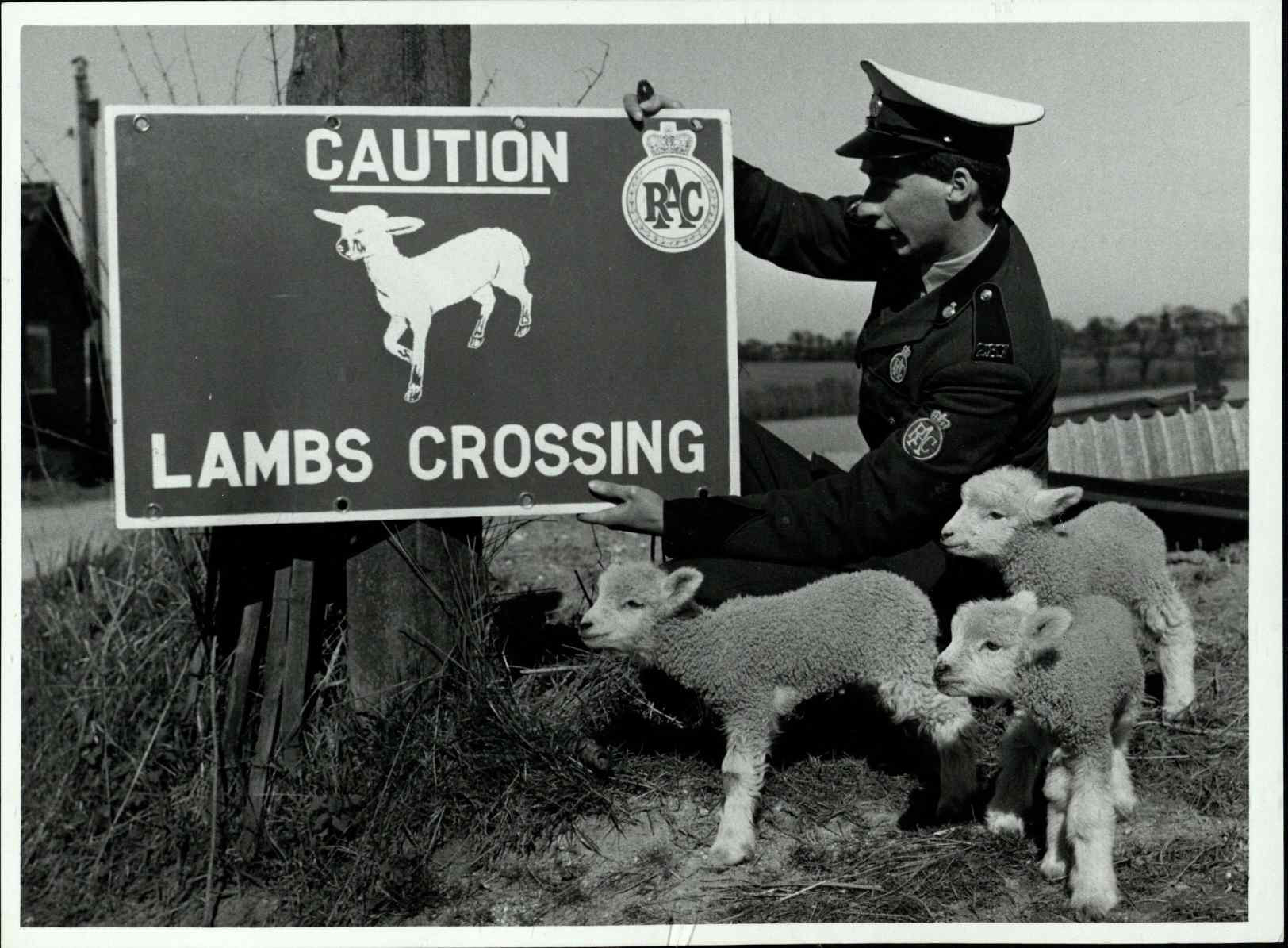 As the roads grew busier, the need for roadside assistance became prominent in the life of the British holidaymaker.
Both The Automobile Association (AA) and The Royal Automobile Club (RAC) originally identified their members' cars by a metal club badge usually affixed to the radiator grille. The Patrolmen would come to attention and salute as a member drove past, or, if the patrolman was riding a motorcycle, merely salute. Read more.

The difficulty of obtaining fuel was a constant concern for the early motorist who faced the real risk of running out. Early filling stations were the work of individual business owners, often alongside a repair and maintenance garage. A list of petrol stockists in England, published in 1898, gave a total of just 131 outlets where the traveller could buy petrol in two-gallon cans.
Opposition to unsightly forecourts started as early as the 1920s and the 1928 Petroleum (Consolidation) Act gave local authorities the powers to prevent filling stations from visually damaging the local scenery. Service by an attendant was considered a crucial factor in petrol sales with checking of oil and tyres as well as cleaning windows all part of the filling up process. Self-service was revived in the 1960s first at Turnbull’s Garage Ltd, Plymouth in 1963.

Packing a picnic or stopping off at a chain restaurant

The end of rationing on 4th July 1954 saw a revival in the fashion for picnicking. Unauthorised stopping places flourished, especially on verges of new arterial roads with motorists setting up deckchairs and picnicked whilst watching the traffic go by. In response to the increased litter in the countryside, the Women’s Institute passed a resolution at their AGM in 1954 to ‘Keep Britain Tidy’.
The first roadside chain restaurant, Little Chef, opened in 1958 on the Oxford Road in Reading. Known as ‘the gateway to the west’ it accommodated eleven customers serviced by one attendant. The outlets were prefabricated and based on the technology used by Sprite for caravans, a company to which Little Chef was linked. Roadside cafés and diners were popular meeting places for motorcyclists either in convoy or touring. In an effort to ‘improve’ their clientele, Little Chef refused to play music in their restaurants to deter the Rockers and Mods.

Saying “Yes!” to Are we there yet?

Billy Butlin, entrepreneurial holiday camp owner, started work on the site at Minehead in the winter of 1961. At a cost of £2m (£41.5m today), the resort opened its doors on 26th May 1962. A popular destination in the west due to its good transport links and proximity to the sea, the camp boasted all the familiar entertainment including funpools, ballroom and boating lake and grew to include chairlifts and a monorail by the end of the decade.
Commemorative enamel pin badges were issued to each camper to wear for the duration of their holiday allowing readmission if they took a daytrip out. Campers kept badges from previous holidays and wore them all on a ribbon to display their dedication.

What are your memories of British holidaymaking past and present?

Discover more about the history, the traditions and the memories of family road trips from past to present and where it all began at ‘Are We There Yet?’ exhibiting from 15 July-18 September 2019. For more information click here.
Exhibition entry is free with Museum admission.