Are We There Yet? The Saluting Patrolmen | Haynes Motor Museum Skip to main content

As part the Museum's summer exhibition entitled ‘Are We There Yet?’ we’re taking a closer look at the nostalgic and sometimes surprising memories and traditions from British holidaymakers past. Certain elements of British holidaymaking have stood the test of time, while some have slowly disappeared into motoring history. 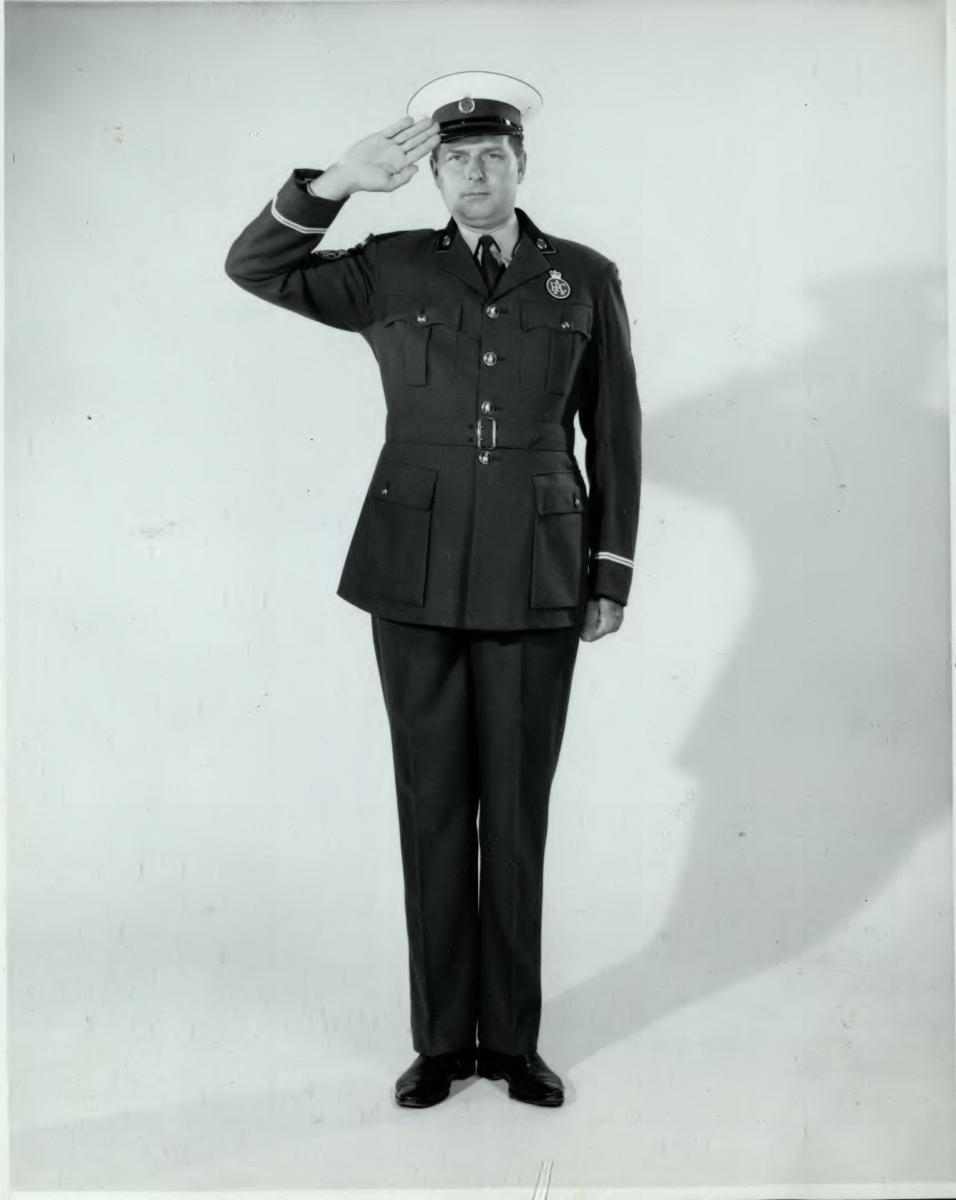 As you can imagine, as the fashion for motor touring and daytrips grew more popular, the need for roadside assistance became prominent in the life of the British holidaymaker. The demand for these services also reflected the unreliability of cars which were strained to the limit when loaded with passengers and luggage. However, you may be surprised to learn that roadside assistance began a lot earlier than you may think.

The Royal Automobile Club (RAC) was established by Frederick Simms in 1897 as the Automobile Club of Great Britain and Ireland, receiving a Royal Charter from King Edward VII. The introduction of uniformed mobile patrols by the club in 1901 meant that they were instantly recognizable to support their members on long journeys. Patrolmen were often pitched on standby in laybys and major road junctions.

The Automobile Association (AA) on the other hand was formed by a group of motoring enthusiasts in 1905. Their mission was to champion the motorists – in particular helping drivers avoid police speed traps and promoting road safety.  The first AA patrols had no uniforms and only basic pedal cycles, as their membership grew, uniforms were issued from 1909.

For both organisations members' cars were identified by a metal club badge usually affixed to the radiator grille. The Patrolmen would come to attention and salute as a member drove past, or, if the patrolman was riding a motorcycle, merely salute.

"It cannot be too strongly emphasised that when a patrol fails to salute, the member should stop and ask the reason why, as it is certain that the patrol has something of importance to communicate." - The AA Handbook

That “something of importance” at the start of the last century, was quite often to warn of police speed traps in which officers used a stopwatch to calculate whether or not a car was going too fast. It has always been illegal to warn motorists about speed traps, but the AA advised its members to stop if a patrolman failed to salute so the driver could be given information about the “road conditions” ahead.

The salute is now a piece of British motoring history

Although motorists today still rely on roadside assistance, the AA and RAC patrolmen were relived of the responsibility of saluting in the early 1960s, making this roadside tradition a piece of British Motoring history.

The saluting patrolman did make a small come back (for one day only) in 2006 to launch the AA’s new uniform, but press coverage at the time took care to mention:

“With speed cameras clearly marked, patrols will not tip motorists off about their existence. "The days of warning drivers about speed cameras have passed," said Steve Dewey, the AA's director of road operations.” -  cited from The Telegraph online

Lighthouses of the road - The AA Sentry Box

The Museum’s ‘Are We There Yet?’ summer exhibition proudly displays several items from holidaymakers past including one of the shelters used for patrolmen, an AA Sentry box.

Discover more about the history, the traditions and the memories of family road trips from past to present and where it all began at ‘Are We There Yet?’, exhibiting from 15 July-18 September 2019. For more information click here.